The Rise of Enterprise Agility 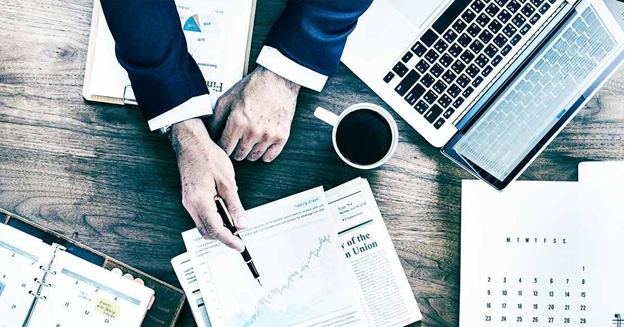 After witnessing the success of agile software development teams, people in the agile community began to wonder whether the concept could be scaled to large organisations that develop enterprise solutions. After all, what organisation would not want to be more agile? 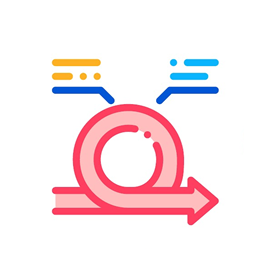 Enter, enterprise agility. As agile software development was hitting its stride around 2007, the agile community started talking about how to put fast-moving agile teams into larger, more established organisations by “scaling agile.” Two early books on the topic were Scaling Software Agility: Best Practices for Large Enterprises by Dean Leffingwell (2007) and Scaling Lean & Agile Development: Thinking and Organisational Tools for Large-Scale Scrum by Craig Larman and Bas Vodde (2008). At about the same time, Scott Ambler had introduced his Agile Unified Process, but he has since stopped working on it to work on Disciplined Agile Delivery (DAD).

However, the notion of scaling was never accurate. Scaling an agile team would turn the team into a lumbering hippopotamus instead of an agile cheetah. A more effective and realistic solution is to find the sweet spot between fast-moving teams and the slow, deliberate enterprise. At the same time organisations were looking to become more agile, the role of enterprise software in an organisation’s success was growing, so large organisations needed their software development teams to become more agile. Yet, they needed a buffer zone between agile and the rest of the enterprise.

Enterprise agile transformations created a whole new genre of articles, books, and consultants. In a few short years, the number of people who changed their LinkedIn profile to “agile coach” went from hundreds to tens of thousands as the demand for experts who could help large enterprises navigate their transformation to enterprise agility soared. Many of the authors of these scaling agile ideas started to create their own enterprise agile frameworks. These frameworks proliferated like diet and exercise programs, and large organisations couldn’t get enough of these pre-packaged solutions. Disciplined Agile an enabler for Business Agility from Saurabh Parikh

Every organisation that succeeds in transforming into an agile enterprise does so in a unique way. Organisations that fail often do so for similar reasons. By knowing the most common reasons for failure, you have a better chance of avoiding disaster.

Many organisations have a disconnect between what they are and what they’d like to be. They may see themselves as nimble, high-tech companies when in reality they have a strong command-and-control culture. Having a strong control culture is fine. In fact, large organisations with well-established functional areas often do very well. 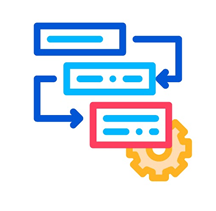 However, organisations often struggle to implement big changes when they overlook their control culture as a challenge to overcome. They don’t have any interest in changing their core values; they want agile to “fit in.”

An enterprise agile transformation is a radical organisational change. While you may be able to retain the corporate hierarchy, that hierarchy must give its agile teams more power to innovate and develop solutions.

Many teams just don’t have much incentive to change. Trust may be lacking for several reasons, including the following:

Prior to embarking on an enterprise agile transformation, make sure you have at least a few long-term employees to anchor your teams and an organisation-wide commitment to create a culture of mutual respect and trust.

Executives and managers typically delegate the enterprise agile transformation to directors and team managers and get updates during quarterly meetings. 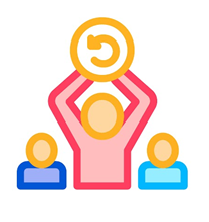 Unfortunately, acknowledging the change is not the same as supporting it. Leadership usually believes that the organisation will continue to operate the way it always has, just a little better.

You actually want your managers and executives to be a little uncomfortable with the change. Their discomfort shows that they understand the scope of the transformation.

4. The proposed change is too radical

Transforming an entire organisation into an agile enterprise is a major undertaking. Before you start, evaluate your organisation’s track record for implementing change. If your organisation has a poor record for making big changes, you may want to take a more gradual approach. Instead of aiming for a home run, just try to get on base.

If you doubt your organisation’s ability to undergo a major transformation, you can still improve your organization’s agility by making small changes, such as the following: 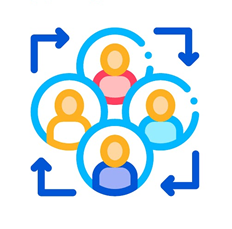 6. Leadership refuses to invest in training 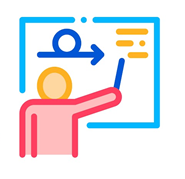 One easy way to tell whether your organisation is invested in making a large- scale change is to look at leadership’s commitment to training. If your managers balk at the cost of training, they’re likely to neglect other key elements, such as coaching, workspace design, and the expenses involved in greater face-to-face communication.

Training is key to a successful enterprise agile transformation. As more people in your organisation are trained and begin to adopt the Lean-Agile Mindset,

everyone begins to see the tangible benefits, which motivates both leadership and employees to invest more in the transformation.

7. The developers insist on requirements

If you have a developer who’s not interested in collaboration, then work hard to change that person’s perspective and see the value in closer teamwork. If that’s not possible, then work to get him off your team. As Netflix CEO Reed Hastings said, “Do not tolerate brilliant jerks. The cost of teamwork is too high.”

Each team wants to do its own thing 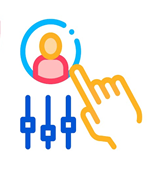 If you have a mix of agile team practices throughout the organisation, you can get all your teams on the same page by providing uniform agile training:

8. Nobody has a plan to measure improvements

Prior to embarking on your enterprise agile transformation, you should have metrics in place to measure progress and a system in place for gathering and analyzing relevant data. Otherwise, your organisation may have no way of knowing whether the transformation is having the desired results.

If you decide to use your own system, first figure out how you’re going to measure enterprise agility success and the type of data you need to collect, such as the following:

What’s more difficult to measure are overall process improvement and team collaboration. You can give your team questionnaires, but the results may not provide an accurate assessment. After all, with questionnaires, team members are grading their own progress.

9. The functional areas are too deeply entrenched 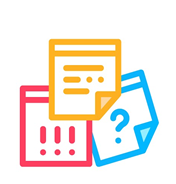 When functional areas, such as analysis, coding, and testing, are deeply entrenched, team members may struggle to transition to cross-functional teams even after they’ve received cross-training. Many team members have trouble accepting the cross-functional approach as a legitimate way to work. They’re accustomed to the traditional model: “When you finish your task, I start my task.” They need to make a conscious effort to change their mindset; otherwise, they just fall back to that way of working. What often happens is that mini silos form within a team with each team member focusing on certain tasks.

Where possible, co-locate the cross-functional team members, so they aren’t living in a functional “camp” based on their primary technical expertise. Within a team, try various approaches to “pairing” and “swarming” around work items in progress, to get people more used to collaborative development.

FOR THE INFORMATION, YOU WILL BE CONTACTED WITHIN THE NEXT 24 HOURS.

In the meantime, keep up to date with us by visiting us on :